As the leading lifestyle destination for major sporting and global events in Australia, the City of Gold Coast continues to glow with the recent announcement that the Gold Coast will co-host the Summer Olympic and Paralympic Games in 2032.

With a clear vision for its community – Inspired by Lifestyle. Driven by Opportunity – the City of Gold Coast has engaged local government recruitment specialist Leading Roles to recruit a Chief Executive.  The new CEO will join an organisation that is creating a modern, globally connected city in one of the fastest growing regions in Australia.

Leading Roles Founder and Director, Mark Ogston, said the council is seeking a new Chief Executive who is future-focussed and has an impeccable reputation for leadership.

“This is a pivotal time as the city prepares for major investment in public infrastructure and community development,” Mr Ogston said.

“The City of Gold Coast is the second largest local government authority in Australia. The incoming CEO must have the commercial acumen to lead this dynamic organisation into the next decade and beyond.”

The Gold Coast will again be in the world spotlight as co-host of the 2032 Olympic and Paralympic Games. In 2018, the Gold Coast Commonwealth Games welcomed more than 6,600 athletes and team officials from 71 Commonwealth nations and territories. With a new athlete’s village set to be constructed in Robina, the Gold Coast once again takes centre stage with fourteen different events set to take place across seven facilities.

The City of Gold Coast’s new Chief Executive will lead an organisation that is responsive, engaged and community outcome oriented and drive infrastructure investment in the leadup to the 2032 Olympic and Paralympic Games.

If you would like a confidential discussion about the CEO role at City of Gold Coast, contact Mark on 0407 674 412 or mark.ogston@leadingroles.com.au. 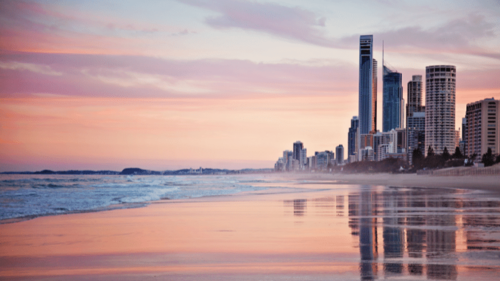